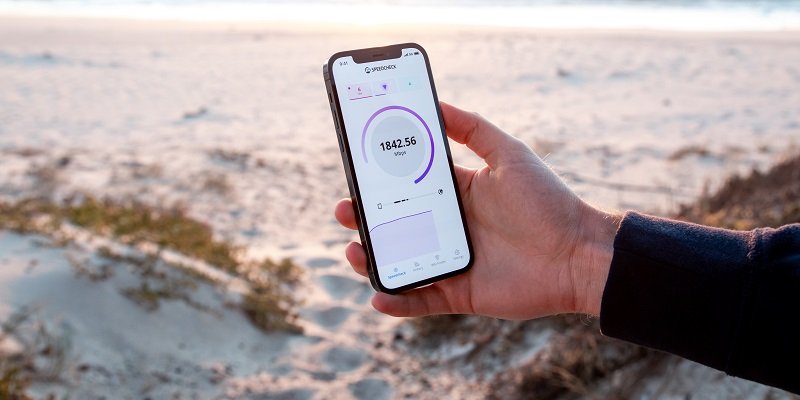 What is SAR testing and why is it necessary? We give an overview on the testing that wireless devices must undergo to make sure their radiation does not exceed the permissible limits.

Laptops, cellphones, tablets, smartwatches, and - thanks to IoT - even your Roomba or blender transmit various electromagnetic and radio waves. From WiFi to Bluetooth and everything in between. These are devices that are critical to our day-to-day — some of them are in constant close contact with us. What the everyday consumer fails to recognize is the fact that those waves can harm their overall health. In this article, we’re going to tell you what SAR testing is, and why most companies that produce wireless tech devices require it. It is a critical step in the process, allowing them to look out for their consumer’s well-being while also adhering to governmental guidelines and protocols.

What is SAR testing?

SAR stands for Specific Absorption Rate. It is a measure of the amount of energy that is absorbed by the human body when using a mobile phone or any other wireless device at a certain distance. SAR testing in products is an important step to ensure safety, and it needs to be conducted before the product can be sold to consumers.

SAR is defined - at mathematical level - as the power/energy absorption per mass of tissue. It is measured in watts per kilogram. This type of test is normally performed over a whole body or a small sample of tissue.

In the following section, we’re going to dissect some of the most asked questions when it comes to SAR testing.

Why is SAR testing important?

SAR testing takes into account how a device exposes its user to a myriad of waves. Including radio frequencies, electromagnetic fields, infrared, ultrasound, and even radioactive waves. Each of these oscillation rates are critical to how a device operates. The challenge of creating devices that produce these types of waves is they are in constant contact with our bodies, and, in high amounts, they can lead to health problems.

For example, the main issue with electromagnetic energy absorption is the question of safety. With the increase in the use of electronic devices, people are becoming more and more exposed to EM waves.

Electromagnetic waves are all around us and they can be found in the air, water, and soil. They are also emitted by power lines, cell phones, microwaves, and other electronic devices. The effects of electromagnetic energy on the human body are not fully known but it is believed that they can cause cancer and other illnesses. Radioactivity, on the other hand, can cause - aside from cancer - sterility. Radio frequencies as well as ultrasound waves can alter our cardiac functions.

The challenge is that, by existing, by being part of this world, each and every one of us is subjected to these waves or oscillations. They are everywhere, they are part of nature and the cosmos. They are also key components to some of our most valued devices. SAR testing makes sure that all those products - used by consumers - employ the bare minimum of these wavelengths and frequencies.

Are there studies regarding EM waves?

The effects of electromagnetic energy on the human body is a topic that has been debated for many years now. There have been many studies done to find out the effects of electromagnetic energy on humans but there are still no definite conclusions as to what exactly these effects might be. Some studies have shown that people who live near power lines or cell phone towers show increased rates of cancer while others have shown no significant change in their rates of cancer at all.

The truth is that SAR is a “just in case” sort of testing. It is controversial and there is a lot of criticism towards it because the effects of EM and other waves on the human body have yet to be properly quantified. For example, the SAR limits set by most countries do not consider that the human body is particularly sensitive to peaks of power or swells of frequency. In other words, they don’t take into consideration spikes of energy - both natural as well as artificial - or what is known as the Frey Effect. The latter is a microwave auditory effect that is induced by a pulsed or modulated radio frequency.

How is SAR testing performed?

SAR testing is generally performed either on a “ghost” - a human representation/dummy - or a small sample of tissue. The former in most cases is the standard due to governmental parameters. SAR uses a model of a human head and body which is filled with various liquids. Each of these liquids simulates the absorption of waves. They represent, based on their chemical design, different human tissues.

To determine compliance with the law, and current health standards, the device in question - in most cases, due to their ubiquity, cellphones - are placed near the “ghost” and set to their highest power level in all the frequency bands it operates.

The device is later moved around the “ghost’s” head and body to simulate how a person would operate it. With the use of a robotic probe, testers take a series of measurements at specific locations in a very precise, grid-lake pattern.

All these data points are submitted for final authorization on a federal level. Most governmental agencies, like the FCC, only take into account the highest SAR value for each frequency — they approve a device based on whether or not this value was within the measurements of a “safe” parameter.

Each country has different SAR testing requirements and parameters. For example, the FCC and the United States require that phones sold have a SAR level at or below 1.6 W/kg. In the EU and CENELEC, the SAR limit is 2 W/kg.

Generally, most countries fall within one of those two parameters. For example, India’s limit is 1.6 while Australia's is 2.

There are different standards for different products. For example: EN 50360:2017 demonstrates that a wireless communication device has been tested in close proximity to the human ear and that it has complied with the basic restrictions - 300 MHz to 6 GHz - and exposure limits demanded by legislation. EN 50383: 2010, on the other hand, is the standard that applies to fixed terminal stations and radio base stations. EN 50566: 2017 refers to products used at a distance of 200 mm from the human body – for example cameras mounted on the head or Bluetooth add-ons.

There are dozens of standards and certification requirements that products have to comply with in order to be sold in a certain region.

The following are just a few:

How to choose a SAR testing lab?

When selecting a SAR testing laboratory, it is advisable to check the scope of accreditation, the range of services, references from previous customers and other parameters. A convenient way to find a suitable testing laboratory with little effort is to submit a free request on testxchange. You fill out a short form and can then receive offers from several testing laboratories.