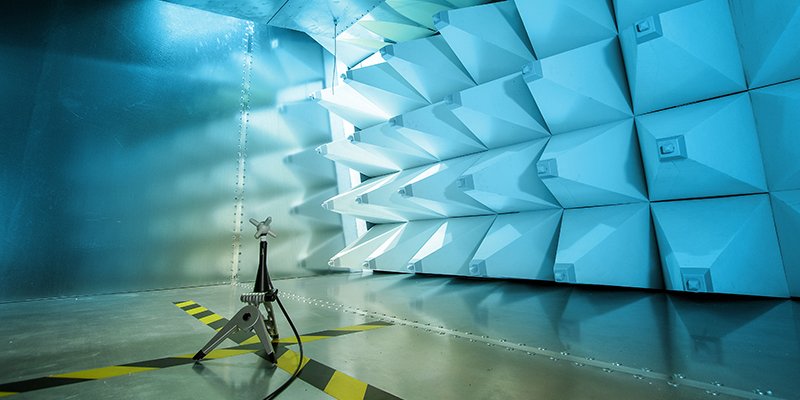 EMC testing ensures that products do not emit too much electromagnetic radiation or do not experience adverse effects when exposed to electromagnetic fields. In this article, we will discuss EMC product compliance testing in detail.

Are you new to EMC product compliance testing? Well, becoming familiar with EMC testing can be quite challenging for beginners.

So, if you want to learn what EMC testing is, how it can be done and the benefits of conducting it, you have landed in the right place.

Here, we have created this easy-to-understand guide to help you learn EMC product compliance testing in detail.

What is EMC testing?

Product EMC testing is conducted during the design, development, and production phases to ensure that the final product meets the relevant EMC standards.

Typically, many companies use EMC testing procedures in the development of new products, but it is also used to troubleshoot existing products to help find hidden problems.

What products must be tested for EMC compliance?

Several regulatory agencies have established EMC testing standards to reduce electromagnetic interference caused by electrical equipment. They help in preventing electronic products from interfering with each other.

EMC testing deals with several categories of problems, including:

Emissions are electromagnetic disturbances emitted by electronic devices that may interfere with other devices in the same environment or affect their performance. Testing at this stage is generally known as Electromagnetic Interference (EMI).

In an electromagnetic environment, immunity is the ability of the electronic device to function normally without getting affected by other electronic devices' emissions. It is basically defined as how resistant a device is.

The following example illustrate the danger posed by electromagnetic emissions and how these affect victims:

During an airplane flight, passengers are asked to turn off their electronic devices: It shows the danger you may face when an announcer asks you to turn off your tablet, laptop, and mobile phone. Those devices' electromagnetic emissions can interfere with aircraft navigation systems that ensure a safe landing.

There are two categories of EMC testing methods:

In this test, two types of EMC emission testing are examined: the conducted emission and the radiated emission.

Radiated emissions are any electromagnetic interference produced by electrical devices or systems. These emissions travel through the air either directly from devices or from their interconnected cables.

The magnetic field (H-field) is measured with either an electromagnetic interference receiver, spectrum analyzer, or measuring antenna. Loop antennas are the most frequently used magnetic field antennas in EMC testing. Moreover, a specific antenna known as Van Veen Loop is used to measure the emissions of the electronic system or device on three different axes (X, Y, and Z).

Electronic devices and systems produce electromagnetic interferences (EMI) through their internal frequency generation, called conducted emissions. These interferences can be continuous or discontinuous and occur along cables, telecommunication ports, or power conductors.

Continuous emissions are emitted consistently at a certain frequency. They are measured using an EMI receiver located within a test chamber. The information is sent via the ISN (impedance stabilization network).

EMC compliance testing for device immunity is either continuous or transient, depending on the electrical system or electronic device being tested.

The techniques of EMC compliance testing for continuous immunity vary.

Many types of transient immunity tests are employed in EMC compliance testing:

Although specific requirements vary across countries and areas, EMC testing is still one of the legal requirements for the sale of electronic products in the majority of countries.

As an example, in European markets, all electronic products must bear the CE mark before they can be sold, and this can only happen if the maker complies with all relevant rules, including those concerning EMC. This is declared through the Declaration of Conformity (DoC), which is often included in a product's user manual. Providing new items without a DoC and EMC product compliance testing may be sanctioned by market surveillance authorities, resulting in heavy fines, product recalls, and even jail time.

Testing your electronic equipment for EMC is important for many reasons, such as

An EMC compliance test must be performed to ensure your device is compliant with EMC regulations. Without testing, it is usually impossible to tell how much electromagnetic radiation your device emits or how far it exceeds the legal limit. To find a suitable EMC testing lab, one easy way is to submit a free request using the testxchange online platform.